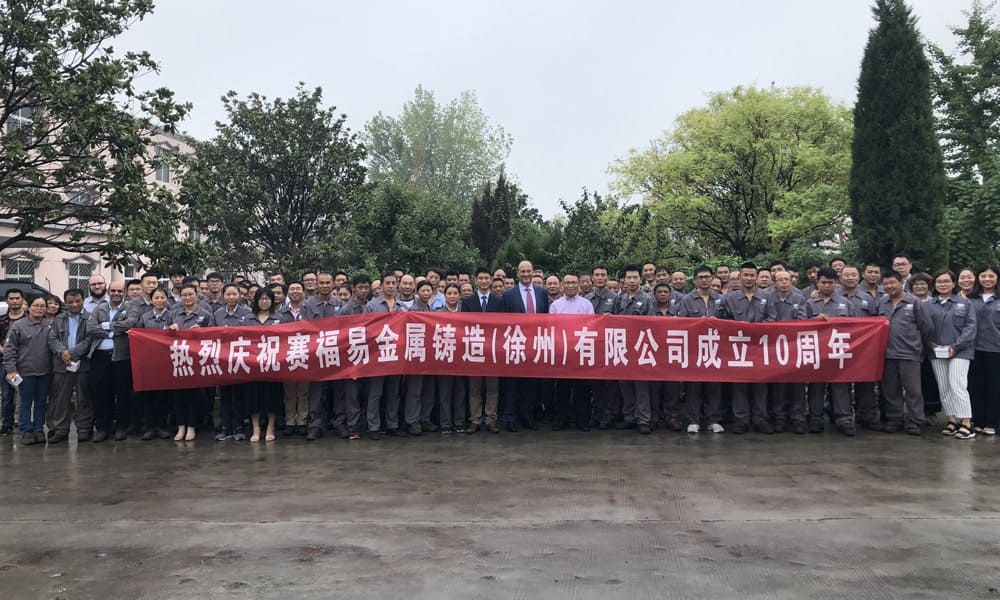 Castmetal Xuzhou has just celebrated its tenth anniversary. A decade which has enabled this major Safe Metal site in China to undergo a real transformation to be part of the growth of this vast country.

Ten years of growth which allow the Castmetal Xuzhou site to prepare for and sustain the future. Its number of employees has increased from 35 to more than 130. Annual production has increased sixfold, reaching 5,000 tons/year, and the development of its markets means that nearly one hundred types of new products are now listed.

These victories are credit to the team, which has constantly known how to take into account the contributions of each employee who have all actively participated in the success of this great development.

The support of the Safe Group, the investments made and the processes implemented have largely contributed to the development of Castmetal Xuzhou. With major symbolic victories for the future, such as obtaining SQEP* certification from Caterpillar for two consecutive years, which validates the quality of the work provided.